There's a whole lot more than this but documentation and archiving never was my strong point. I definitely photographed everything but I can't always find them. I'll put more up in due course.
seed packets
Click on the images to see them in full bloom (ish)... 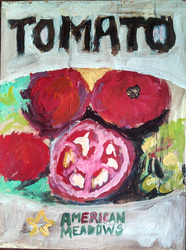 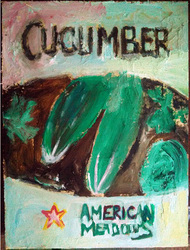 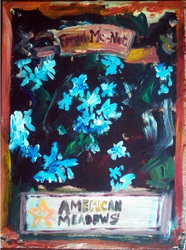 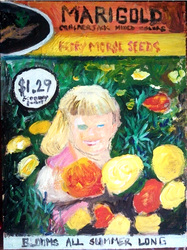 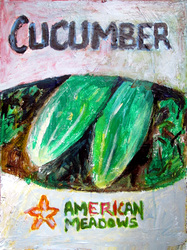 detergent packets
Supposedly British housewives of the sixties and seventies would leave a packet of OMO washing powder in the window as a sign that the old man was out and it was safe for the gentleman on the side to come round and give the lady of the house a jolly good seeing to. It's the companion piece to the pampas grass myth - supposedly that was a sign that swinging took place in the house. Loads of houses where I grew up had pampas grass growing outside and the area was famed for its car keys on the coffee table sort of parties though my parents never got involved in any of that. I remember OMO packets on window ledges too, but I can remember just as many Persil packets so who knows? I've made the detergent packets look suitably grubby.
The photos don't really do the paintings justice - I have to make do with a phone camera. It's very difficult to get the paintings to look square even though they are, and the camera sometimes has its own ideas about what the colours should be. And they aren't just sheets of plywood, they're usually edged with painted wooden decorators rulers or sometimes paint stirrers that I mis-appropriate from Lowes or the Home Depot.
Click on the images to make them bigger (very modern). 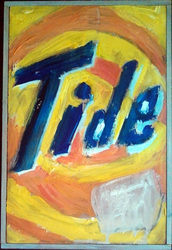 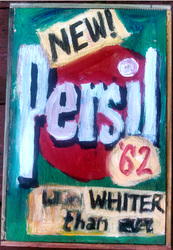 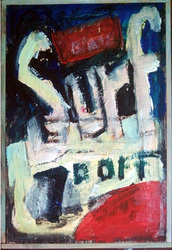 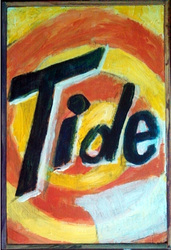 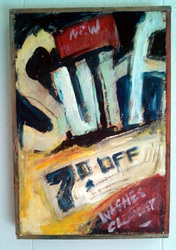 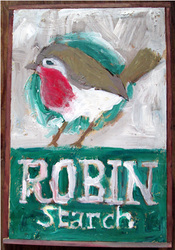 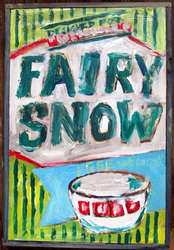 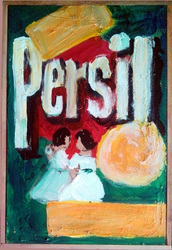 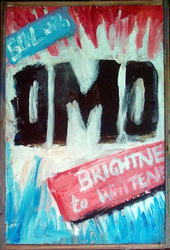 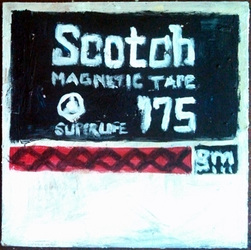 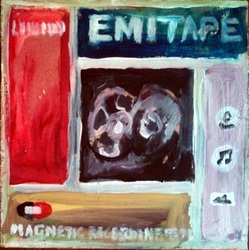 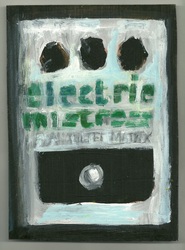 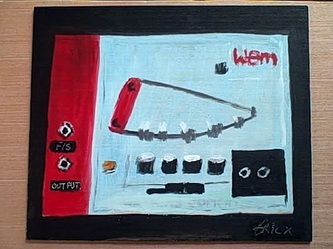