33s & 45s is a song I wrote and recorded for an album called Bungalow Hi in 2004. The song seemed to speak to a lot of people (including me) and as I play a lot of records while I'm painting and I like lettering it's really no surprise that I ended up with 33s & 45s paintings. I did one and it sold immediately so I did more and they sold too. Then I started getting requests. I've just sent 33s & 45s #10 to a man in Liverpool. I had to make a guess at 10 because to be honest I'd sort of lost track by then. I've been taking a break but there'll be more to come - just as long as I can't predict how they going to come out.
If you want to hear the song it's here at the bottom of the page. If you want to buy the album Bungalow Hi you'll have to wait a while - it's due for re-release on Fire Records in 2014.
Click on the paintings and they'll swim up into a sort of gallery type thing. Very modern. 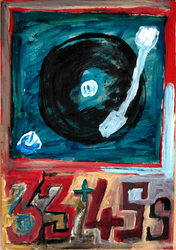 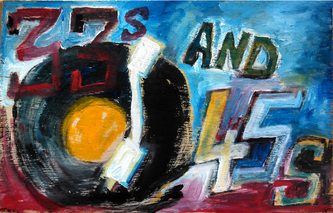 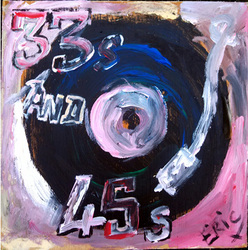 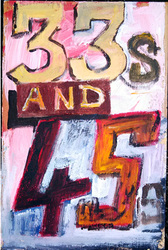